One day I'm going to fly so high I'll be able to reach the sun!

Icar Celes, known as Mr. Hero due to his insistence in making his dream come true, is a Forbidden Mage in Fyr'stcercle. If he's not seen in Town's Square, he's probably watching the sky in a higher place.

Icar usually wears spring/summer season clothes, only replaced for winter ones when needed. Hoodies, shorts and sleeveless jackets are mostly his preference.

His long blue hair is his most outstanding trait, which is sometimes braided according to the occasion. His golden eyes are usually showing a happy glare.

His clothes always have wings somewhere (current outfit has them on his back).

He used to wear a Smiley Pendant, but currently is not in his possession.

Icar is a Forbidden type, when he transforms he has wings that give him the look of an angel.

His attire consist in a Greek-a-like toga wrapped around his body and simple black shorts. He also wears several types of jewelry as in earrings (left ear only), braceles and anklets.

During his transformation, his golden bracelets glow, and they are fully enlightened whenever he's going to perform an attack.

His wings disappear after a random period of time.

Icar has two Tricore forms, one for Cors'Guard and another for Niflcorheim. His Tricore title is The Soft-feathered Traveler of the Skies.

Usually cheerful, calm and nice to everyone around, Icar always wants to offer a hand to help anyone in need. Very naïve, he never doubts what other people tells him. He respects strong people and wants to protect those who can't fight.

Icar has a very strong sense of justice, which makes him always stand for what he considers right and will give his best in order to do anything he does.

Despite this nice facade, he doesn't like being the one helped or doesn't really care about himself as much as he cares for others, which means he'd jump in a reckless situation if he's the only one in danger.

He's afraid of not being strong enough to do what he wants, which leads him to have low self-confidence and lack of will. Whenever he shows this side of himself to someone, he quickly acts as if nothing happened.

Loves the sky and the Sun more than anything, whenever he has free time, he goes to a high place to stare at the sky for hours.

When he woke up in Fyrs'tcercle with no memories of his past, he wandered around meeting many types of nice people. He was warned about the dangers of that place, as well as shown great places.

Even if he was just arrived to the town, he participated in the events happening, meeting new people and learning about Fyr'st. Since he wasn't sure about how to act with people due to the lack of cultural knowledge, he used to imitate what people did, making him start a friendship with Lyca as he gave him a candy he got in the event in exchange of his.

A while after, the kids went to a trip to Tricore. He remembers being turned into a child for some time (Mid'Cor) but no further memory of the trip. However, he obtained a Storybook which he read and read, being fascinated by the main character, who got the title of "Hero" during his adventures.

He formed a team with Lyca and Sion, being the Prism★Rangers. They made many achievements and got the third place in the competition.

Some time after that, he met Eon in the Town's Square fountain, sending a letter to the Moon Princess in Disphere. Icar couldn't hold his curiosity and asked to the fountain to bring "someone from the Sun". Suddenly two fire dragons appeared and attacked them, causing them to almost die during the battle, but they were saved by Sion, Aria, Meruru and others.

Icar woke up in the clinic, since the hospital wasn't available, covered with burnt scars (3rd and 2nd degree burns) and regretted all that happened, causing him to lose confidence and feel really bad.

A while after the kids went to Tricore once more, however, this time it felt like both Icar and the Soft Feathered Traveler of the Skies were different from the previous trip.

After this trip, Icar obtained a Niflcorheim MVP Star and a Werewolf Egg.

Later, there was an evelope event going on Fyrs'tcercle, in which Icar participated yet not being as cheerful as always, due to his scars. Despite this though, he participated in the Beauty Pageant and won a Bootifur Serpent Medal.

During the celebrations of the first year happened since most of the first mages arrived to Fyr'stcercle, he obtained a Stacy doll, as well as he saved enough money to buy the Mage Self-Invite, summoning Kaoru shortly after. He asked him to be his guardian.

The trip to the Moon[edit | edit source]

There was the announcement that the kids were going to have a trip to the moon, however, Icar wasn't interested in this event. Sion insisted on making him go, mostly because he needed a room mate, and convinced him to ask Missy for a cure for his scars. Before visiting Missy, Icar thought of looking for a date, since the trip consisted in a Ball. He met Atelise, and asked her to be his date (almost as an accident), but never regretted doing so.

He went to visit Missy, and as a favour she asked him to kiss his date during the ball. He refused but Missy was gone before she heard the boy's complaints.

Shortly after this, a very cold weather was on Fyrs'tcercle and made him catch a cold, but he still went outside and met Atelise and Sion. Icar and Sion had a big argument, ending with Icar being angry at Sion.

Icar went, slightly annoyed by both Sion and the favour itself, having an inner conflict about the whole situation. Despite his doubts though, he managed to fulfill what Missy asked, but feeling guilty for Atelise's feelings.

During the event, he asked Missy if he could have a scar removal for Eon too, so she told him to answer as "Haku" when someone asked for him. He did so, and ended helping Kaoru, Asahina and Micky to alleviate the punishment given to them.

A day of memory[edit | edit source]

After the trip, Icar went to ask Missy for his scar removal, and delivered it to Eon and Sion as well. This was a good chance to talk to Eon about how each other felt, being unaware that both of them blamed themselves for the situation happened instead of being mad at each other.

After giving Sion his scar removal, Icar was on a very good mood because he didn't have scars anymore, he went back to be in good terms with the pink haired boy. Shortly after, Icar recovered his past memories, but didn't have any recollection of Fyrs'tcercle's, so he went back to be "his original self" for a while. He has no memory of this.

Hélia, known as the city of the Angels and guarded by the god Apollo, is one of the most prosper cities in the kingdom. Mostly made of marble, it's also decorated with golden details, full of plants and flowers in every corner. The sky seems to be easily seen anywhere, as well as some flying vehicles that look like they have wings, making outsiders call them "angels". It's the closest city to Mt. Olympus.

Ícaros Celes, born and raised in that city, is a young Rider of the Ángelos faction who prepares to participate in the trial that will allow him to represent his city in the Olympic Games, hosted every 5 years and a massive event where all the cities participate representing their respective gods.

Hélia's particular test consists in a Race, the first Rider who reaches the artificial Sun created by Apollo himself will be the one representing him in the Games.

Further information about his past is unknown. 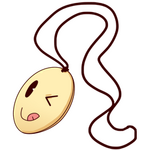 m-AI-d event
Add a photo to this gallery

Retrieved from "https://magerp.fandom.com/wiki/Icar_Celes?oldid=6335"
Community content is available under CC-BY-SA unless otherwise noted.