Thomas "Taho" Lurie is formerly one of the youngest and early residential mages in Fyr'stcercle, though he is rarely seen around town due to his introvert nature.

Thomas' body structure is questionable due to his choice of loose clothing. Though is a hint that Thomas might be malnourished because of his exposed thin legs. He has somewhat pale coloring, striking red hair supporting a four-inchtall agohe and bright cyan colored eyes that he uses to stare blankly at people.

Thomas is normally seen wearing a fur coat with ridiculously long sleeves wherever he goes.

After drinking the Age and Canieare potions, he had aged into an 18 year old with dog ears. His outfit is still in the same style as before though choosing layered pants instead of shorts.

In his Mature Mage Form, Thomas shows his semi-muscular build through the sleeveless fur vest he wears and stylized black hakama. Thomas matches this overall look with a side shaved hairstyle.

His mature form is inspired from ninjas though given a modern-ish tweak.

Thomas "appears" in both Tricore events as The Trickster of Never.

Thomas rarely shows his feelings and usually stays cooped up inside his house, as an introvert he engages in minimal contact with this fellow Fyr'stercercle townsmen and distances himself from events (though he attends, he doesn't participate). He takes things seriously and tries his best to act above his age and to be look independent although that doesn't work most of the time (when infront of girls. laffs) and seeks support from his 'nii-nii', Caidric.

Thomas speaks quietly in broken sentences and sometimes exchanges words by unknowingly due to his minimal vocabulary. He remains silent in most conversations and prefers to listen than to speak. He avoids contact with most people excluding those whom he has formed a mutual bond with.

Though Thomas acts as such deep inside he wishes to change and be a "normal child", because creates his somewhat ideal personality in the form of his mature form.

His Mage Form shows the opposite of what Thomas normally is. Active, lively and carefree---the mature Thomas expresses himself in full sentences while using slang words, shortcuts and shouting or speaking loudly when spoken to. Though, his mature form becomes a bit cocky and has a "act first, think later" mentallity. Additonally, Thomas has memory lapses after de-transforming from his mature form and can vaguely remember the encounters that happen in that form.

Recently, due to Thomas drinking a Canieare Potion and Age Potion, he has grown dog ears and sometimes adds "wan" (dog sound) to his speech. His expressions can be read through his dog ears. He isn't as dismissive of others as before but he still has a hard time approaching those around him.

Much like the other mages in Fyr'stcercle, Thomas has no recollection of who he is.

It is suggested through sudden memory triggers that his life prior to Fyr'stcercle had been too harsh and strainous for his age, that subcounsiously Thomas rejects the idea of regaining his memories and forgets these short unstable glimpses of the past.

Used to live with Caidric Valentine, his proclaimed brother but recently has changed roomates and is now living with Sion , Haku Tachibana and Icar Celes in A4. He is currently works at Bloo ★ Cow under his boss; Heathe.

Thomas' battle style is that of a brawler (mixed martial arts) and therefore placedin the frontlines.His battle statistics show that he is more adept to power and speed than magic. As such Thomas favors physical attacks over magical attacks, leaving the magical attributes to his allies---in which case means whoever he is with during a battle.

Thomas' normal attacks consist of two kinds---a punch and a kick, though he can only preform one action at a time. 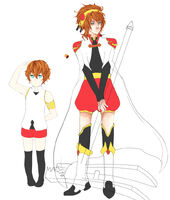 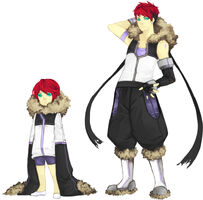 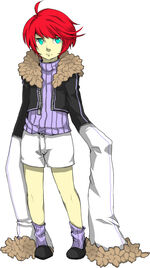 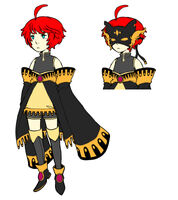 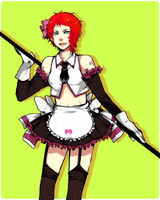 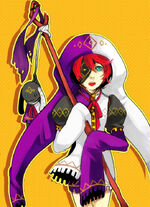 Fool Tarot Meme Appearance
Add a photo to this gallery

Retrieved from "https://magerp.fandom.com/wiki/Thomas_Lurie?oldid=6767"
Community content is available under CC-BY-SA unless otherwise noted.